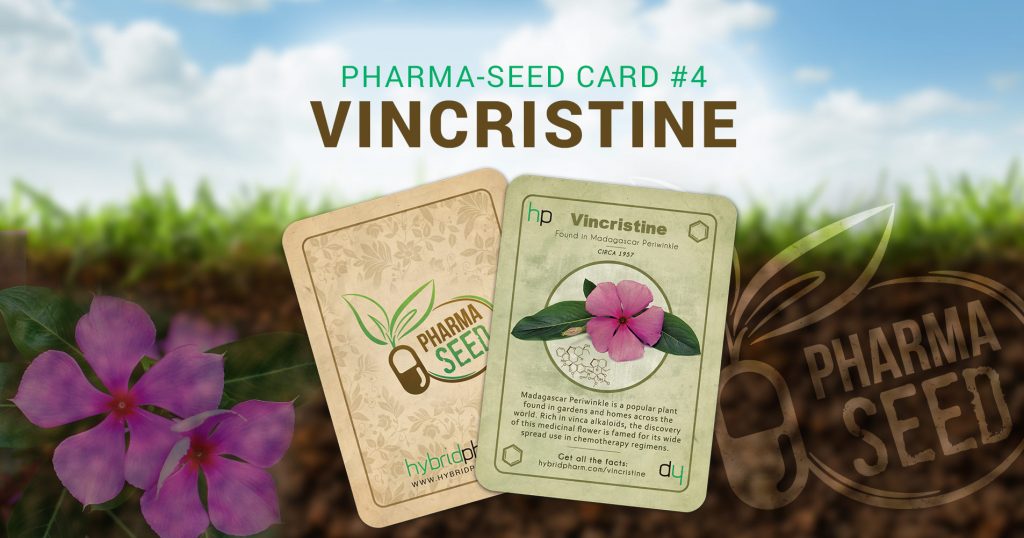 Madagascar Periwinkle is a popular plant found in gardens and homes across the world. Rich in vinca alkaloids, the discovery of this medicinal flower is famed for its wide spread use in chemotherapy regimens.

Originating in Madagascar, the periwinkle flower was traditionally used as an oral hypoglycemic agent for the treatment of diabetes[1] as well as an astringent for healing wounds, stings and bites. It wasn’t until the late 1940s that researchers found that these plant extracts prolonged the life of cancerous mice. This led to the discovery of vinca alkaloids that are now widely used in many chemotherapy regimens. 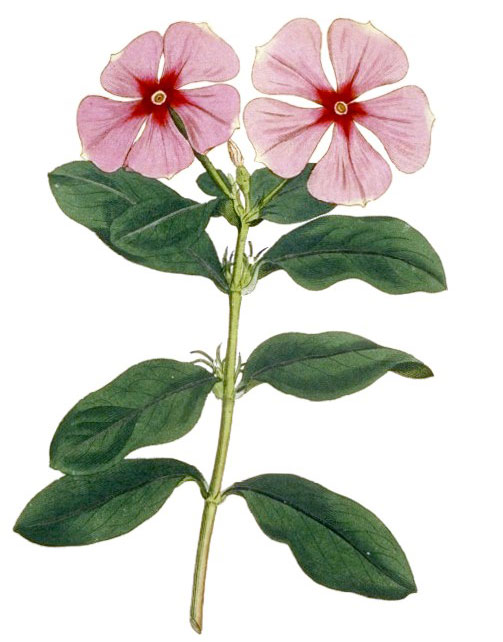 IV only! Fatal if given intrathecally.

Cancer is an overproduction of rapidly diving cells, aka tumors. In order to stop this growth, Vincristine enters the cells and halts division at the mitosis stage: where the cell splits into two. This inhibits the growth of the cancer and stops the cells from diving.

HOW IT RELATES TO CANNABIS

Many cancer patients utilize cannabis as part of their regimens to reduce pain, nausea and vomiting, all of which can be debilitating side effects of chemotherapy. Prescription medications, indicated for the use of chemotherapy-induced nausea and vomiting (CINV) and cancer-related pain such as Cesamet (nabilone) and Sativex (Nabiximols), have been either sub-therapeutic or too expensive. Many patients turn to full-spectrum, plant-based medications to alleviate symptoms and improve their overall quality of life. Studies have shown that the combination of cannabis and chemotherapeutic agents such as Vincristine can enhance the overall effects of chemotherapy, resulting in greater apoptosis (cell death) of cancerous cells[2].

This plays into the notion that cannabis exerts “anti-cancer” effects. Cannabinoid receptors are found on several immune cell types that modulates the system. With cancer cells having more receptors for cannabinoids to bind to, introducing cannabis as a therapeutic treatment makes this plausible. When THC and CBD interacts with CB2 receptors on the immune system, it can modulate cytokine production (inhibit), proliferation (reduce) and apoptosis (increase). Cytokines are responsible for inflammatory and immunologic functionality such that when you sprain an ankle, have rheumatoid arthritis or tumor growth, cytokines are present. The effects of the endocannabinoid system are vast and is still unknown. More research is needed, however the potential avenues for therapy are very promising.

It takes 2,000 pounds of dried periwinkle leaves to extract just 1 gram of vinblastine from the Madagascar periwinkle!

In India, people used to squeeze the fresh juices out of the leaves of the periwinkle to treat wasp stings.

In Puerto Rico a tea infusion of the flowers was commonly used to treat puffy eyes.

Dr. J.B. Collip, at the University of Western Ontario, was the first to isolate the medicinal components of periwinkle.

Chang Chu Hua has been used in TCM for thousands of years.

Chang Chu Hua has been used in TCM for thousands of years to treat a wide variety of conditions related to dampness (accumulation of irregular substances) as well as heat/fire (fever, inflammation, infection, stress, hyper function, overstimulation) symptoms.

This herb has a slight toxic property to it, so much be used with caution under the guide of a skilled Herbalist / Pharmacist.

This herb is typically used in cases of hypertension, swelling and abscess, skin inflammation as well as certain types of cancer such as malignant tumors, leukemia and lymphosarcoma . 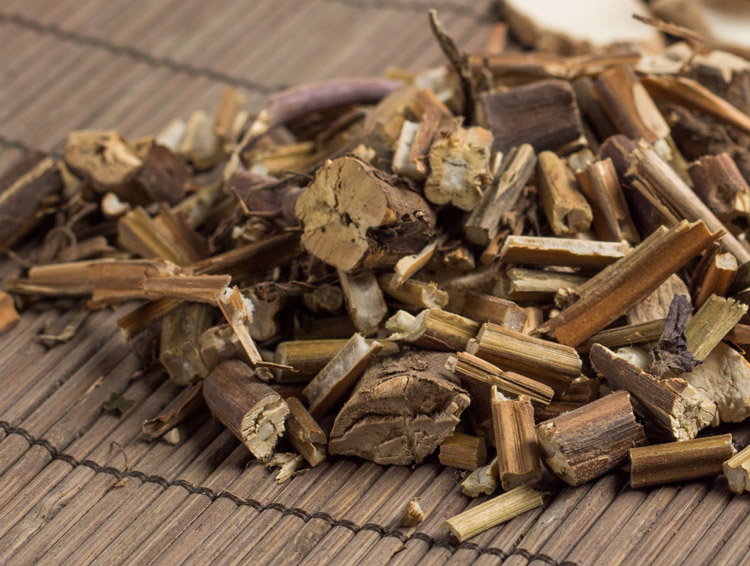 Please first consult with a health care professional before using this recipe.
Not only is this a beautiful flower that comes in white and rose colour but it has a number of antibacterial, antimicrobial & antifungal properties. The periwinkle plant has active components like alkaloid, flavonoids, steroids and phenolic acids. It is important to note that periwinkle should not be taken in high doses and to consult a natural medicine practitioner before using. Due to its properties, one holistic use is to help heal wounds. The remedy is outlined below:

The fresh leaves can additionally be dried, powdered and stored in an airtight bottle for later use. Some practitioners prescribe periwinkle tea once a week for the obstruction of mucus in intestines and lungs. Do not drink tea unless prescribed as it can have toxic effects!